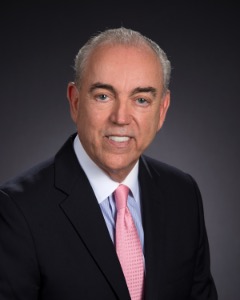 Daniel L. Saxe is a partner at the firm of Saady & Saxe, P.A. in Tampa, Florida. He was formerly a partner in the New York City office of Saxe & Higgins LLP. Daniel Saxe was an adjunct professor at Stetson Law School where he created and taught a course on contract and construction law. The firm is associated with various business and professional groups, including the Carrollwood Community Bar Association, Hillsborough County Bar Association and Florida Bar Association.

Daniel is past president of the Carrollwood Community Bar Association and remains an active member of the association’s board of directors.

Daniel has practiced law for more than 37 years and has significant experience in representing clients in negligence claims relating to the federal Fair Housing Act, insurance agents, accountants and CPAs, bad faith claims against insurance companies, construction law and commercial litigation. Through Saady & Saxe, P.A., he represents companies of all sizes and individuals throughout the United States. Dan has represented clients in:

Daniel is admitted to practice in the following courts:

Daniel has extensive first-chair trial experience in state and federal courts throughout the country. Examples include:

Daniel has argued appeals in:

He has prosecuted and defended arbitrations before the American Arbitration Association (AAA) and Society of Marine Arbitrators (SMA), including:

To discuss your legal matters with Dan Saxe, contact Saady & Saxe, P.A. to set up a consultation.