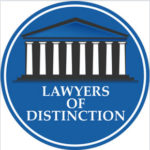 The U.S. Supreme Court, in an 8-1 decision (with Justice Clarence Thomas dissenting) found that Abercrombie & Fitch discriminated against a Muslim job applicant when she interviewed in a hijab (head scarf) and was denied employment.  Abercrombie & Fitch argued that Samantha Elauf… Read More »

On December 9, 2014, the US Supreme Court unanimously ruled that contract workers at an Amazon warehouse were not entitled to be paid for the time during which they were required to wait in line for a security check each time they existed the workplace at the end of the day. Integrity Staffing Solutions… Read More »

EMPLOYMENT NEWSLETTER [9-14] AN EMPLOYER’S OBLIGATION TO MAINTAIN EMPLOYEE RECORDS All employers should be aware of the various federal and state laws requiring companies to maintain certain records regarding their employees. In the event of a lawsuit, an employer may be required to produce these records. Failure to do so can lead to fines… Read More »

INSURANCE LAW ALERT (October, 2013) Potential Claims Against Insurance Agents Resulting From Large Flood Insurance Increases on Homes in Florida               In July, 2012, the U.S. Congress passed the Biggert-Waters Flood Insurance Reform Act of 2012, which calls for the Federal Emergency Management Agency (“FEMA”) and other agencies to make a number… Read More »

Welcome to Our Employment Law Blog!

Announcing the Launch of Our Blog: Employment Law News & Insights Employment disputes are frustrating for both sides. Employees work hard to earn proper pay and treatment, and employers dealing with false claims get pried away from more important issues. No matter what side you’re on, you need an experienced litigator who can guide… Read More »