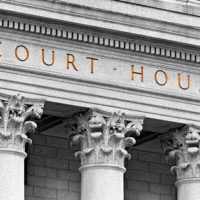 In late June, Congresswoman Maxine Waters introduced House Resolution 6220, which if passed, would restore a number of fair housing protections that were eliminated by the Secretary of the Department of Housing and Urban Development (HUD) over the last two years. In early August, HR 6220 was referred to the Subcommittee on the Constitution and Civil Justice.

In the last two years, HUD has made a number of changes to the country’s fair housing policies. For instance, in January of 2018, HUD announced that it would be halting implementation of the Affirmatively Furthering Fair Housing (AFFH) rule, which went into effect in July 2015 and requires state, local, and public housing authorities that receive federal funds to create a plan and timeline to help identify and address barriers to fair housing in local areas.

Two months later, in March of this year, a leaked HUD internal memo revealed that the Department planned to alter its mission statement by removing language that referred to helping communities remain free from discrimination. In the same month, media outlets reported that HUD also intended to cut back on federal efforts to enforce fair housing laws, primarily by halting all enforcement actions currently raised against local businesses and governments, including Facebook, which has recently come under fire for its use of discriminatory housing ads.

Finally, in May, HUD issued a notice, in which it stated that it would be removing the Local Government Assessment Tool, which helps local governments meet Fair Housing Act obligations. Unfortunately, this change has the effect of forestalling the obligation of government agencies to comply with the AFFH rule until at least nine months after the creation of a new assessment tool, which may not be published for years.

If passed, HR 6220 would address all of these recent changes by: