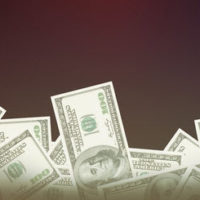 Last month, six current and former employees of Farmers Restaurant Group filed suit in the U.S. District Court for the District of Columbia against their employer, which is the parent company of a number Farming Founders restaurants in Maryland, Virginia, and Washington D.C. According to the complaint, the company’s managers require their employees to work more than 40 hours per week at multiple locations and do not pay overtime wages. If a court finds that the company was violating minimum wage and overtime laws, it could be required to compensate the plaintiffs for back pay and other damages.

In their complaint, the plaintiffs accuse the Founding Farmers of requiring its employees to work at multiple locations a week for more than 40 hours. Rather than paying the employees for their overtime hours as required by law, the employers would claim that the hours were specific to each restaurant. Most of the employees, who were bartenders or servers, also allege that:

The plaintiffs also allege that they were required to attend meetings before their shifts started, but were not permitted to clock in. These meetings took up to half an hour, during which the employees were not paid. In fact, the managers would purposely stop them from clocking in until their actual shift started. Finally, the plaintiffs claim that Farmers refused to provide them sick leave, which is a blatant violation of D.C. law. According to the complaint, not only did Farmers not allow its employees to take sick leave, but it also threatened to fire any employee who ever requested paid leave for an illness.

The plaintiffs argue that their employer violated the Fair Labor Standards Act, which requires employers to compensate workers for overtime and to pay the correct minimum wage. If successful, the plaintiffs stand to gain:

The plaintiffs’ attorneys hope to get the case certified as a class action lawsuit, which would allow hundreds of former and current employees to join the lawsuit.

Call a Member of Our Legal Team Today

If you are not being paid for overtime, our dedicated legal team may be able to help you collect what you are owed. Contact Saady & Saxe, P.A. Attorneys At Law by calling 813-909-8855 and our attorneys will fight for your legal rights.