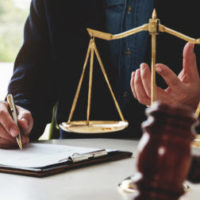 Recently, a national group of fair housing advocates filed a complaint in federal court, in which they alleged that the Fair Housing Act was being intentionally violated at the expense of minority communities in Indiana. Specifically, the groups claim that a number of banks and mortgage servicing companies have purposefully and repeatedly failed to monitor the marketing and maintenance of homes that have been foreclosed on in black and Latino communities, which in turn, has led not only to falling property values, but also to health and safety concerns for residents. If an investigation proves that these allegations have merit, the wronged parties could recover significant damages.

The recently filed complaint stems from a 2011 internal investigation into Real Estate Owned (REO) homes in white, black, and Latino communities. Unfortunately, the results of the investigation revealed that there were significant disparities between how homes in white communities were maintained and marketed and how similar homes in non-white areas were treated, despite the fact that banks are required to properly maintain empty, bank-owned properties. Specifically, the housing groups provided evidence of subpar property maintenance of homes in primarily non-white communities, which included:

Similarly, the organization found evidence of sales marketing problems, including a lack of “For Sale” signs in areas that were made up primarily of minority families.

In their complaint, the housing groups argue that the neglect of bank-owned homes devalues the properties in question, as well as the lives of those living in the neighborhoods and that the neglect is the result of intentional discrimination based on race and national origin. The plaintiff further argues that these actions have had an adverse effect on the value of the homes in the area and so seek both injunctive relief, which if granted, would require the banks and mortgage companies in question to begin using the same level of care at all their properties, as well as damages, punitive damages, and attorney’s fees. Although this is not the first time that the companies named in the complaint have come under scrutiny for Fair Housing Act violations, they continue to deny the allegations.