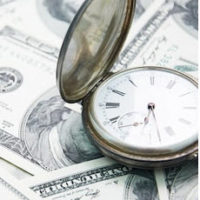 Since the summer of 2017, the Department of Labor (DOL) has recovered more than $14.3 million in unpaid wages for 7,761 people who were employed as hurricane recovery workers following hurricanes Irma and Maria. In addition to non-payment of wages, a number of employers were also found to have committed other labor law violations by failing to pay overtime and the minimum wage, and failing to pay for required healthcare benefits.

While many of these violations could be the result of mere carelessness, or the loss of employment records during the hurricane and its aftermath, some were no doubt deliberate. In either case, wronged employees can and should attempt to recover their unpaid wages by filing a claim with the DOL or their employer. For help holding your own employer accountable for failing to pay you the minimum wage or compensate you for overtime work, please contact a member of our Tampa overtime violation legal team today.

As part of its ongoing hurricane response efforts, the Wage and Hour Division (WHD) initiated an investigation into short-term emergency response operations and their compliance with federal labor laws, which are contained in the Service Contract Act, the Contract Work Hours and Safety Standards Act, and the Fair Labor Standards Act, among others. Eventually, investigators discovered a number of violations, including:

One of the companies found in violation of federal labor law was a contractor based out of Puerto Rico, which was responsible for installing temporary roofing as part of the hurricane recovery efforts. According to DOL records, this company was required to pay more than $500,000 in back wages to 995 employees who were not paid in accordance with the Fair Labor Standards Act (FLSA). This law requires employers to compensate employees for hours worked in excess of 40 hours per week, at one and one half times their usual wage. Affected employees included blue roof installers, drivers, laborers, and carpenters, many of whom were found to have worked more than 12 hours per day, six to seven days per week between October 1, 2017 and March 31, 2018 without overtime compensation.

The investigation also revealed that the roofing contractor:

To hold your own employer accountable for this type of conduct, please call our legal team today.