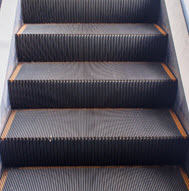 In April, a group of disability organizations and disabled residents filed a class action lawsuit in both state and federal court against the Metropolitan Transportation Authority (MTA), which it claims does not provide users with adequate elevators and electric lifts in the New York City subway system. According to the complaints filed by the plaintiffs, this lack of elevators violates the right to have access to public transportation granted to them by the Americans with Disabilities Act (ADA).

The Scope of the Problem

In the claim filed in state court, the plaintiffs accused the MTA of systematically excluding commuters with disabilities by failing to provide access to elevators or escalators. In fact, the plaintiffs point to research that indicates that the city has the lowest accessibility rate, at 24 percent, of the country’s ten largest transit systems.  Furthermore, data reveals that around 75 percent of the city’s 472 subway stations do not have elevators or ramps. The plaintiffs argue that aside from being a violation of the ADA, the MTA’s failure to install elevators in subway stations is also contrary to the New York City Human Rights Law.

The lawsuit filed in federal court, on the other hand, accuses the MTA of failing to maintain the elevators that do exist. The brief submitted by the plaintiffs points out that of the city’s stations, only 100 currently have elevators that are in service in both directions. An agency spokeswoman responded to criticism by arguing that the elevators are often unavailable, not because they are defective or inadequate, but because they regularly undergo routine maintenance.

She further pointed out that the MTA has set aside around $1 billion to bring more stations into compliance with the ADA and an additional $334 million to replace existing elevators and escalators. However, the agency does admit that it would cost around $10 billion to completely overhaul the stations and bring the entire system into compliance with federal guidelines. These types of massive changes seem unlikely, as the 2015 to 2019 capital budget provides only $740 million for ADA accessibility issues.

In their complaint, the plaintiffs do not demand financial remedies, such as restitution. Instead, they are requesting better procedures to handle elevator maintenance, so as to ensure that the elevators in the station are kept clean and in working order. The plaintiffs also request that outages and other service interruptions come with adequate notice and alternative accommodations and ask that the MTA begin installing elevators at all New York City stations over a reasonable period of years.

Problems like a lack of elevators do not affect only the disabled, but anyone who cannot use the stairs because they have a stroller, use a scooter or wheelchair, or struggle from a lung or heart disease. If you believe that you are being denied access to public accommodations because of your disability, please contact Saady & Saxe, P.A. Attorneys At Law by calling 813-909-8855 to speak with a compassionate and skilled attorney about your own discrimination-related questions.