Transgender Employees and the ADA 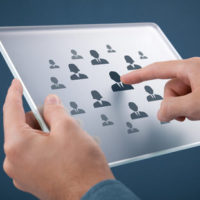 Until recently, employees who had been the victims of discrimination in the workplace were required to file claims under Title VII of the Civil Rights Act, which prohibits sex discrimination in the workplace. However, a federal district court recently held that a transgender employee who suffered from gender dysphoria was also permitted to file a discrimination claim under the Americans with Disabilities Act (ADA). To learn more about the court’s interpretation of the ADA and how it could affect your own rights, please contact an experienced disability discrimination lawyer who can address your concerns.

The recent federal decision was based on the case of a transgender woman who was hired by Cabela’s Retail Inc. as a merchandise stocker in 2006. At the time of the hiring, the plaintiff explained to Cabela’s that she had been diagnosed with gender dysphoria, which, although a serious condition, did not interfere with her ability to perform her work as long as she was permitted to live her life as a female. Despite this notification, the plaintiff’s employer refused to issue her a female uniform or a name tag with her female name. She was also barred from using the female employee’s bathroom. After six months, the plaintiff was fired.

Soon after, the plaintiff sued her former employer under the ADA, which explicitly exempts gender identity disorders that do not result from physical impairments from its definition of disability. However, in the current case, the court distinguished these types of conditions from gender dysphoria, which goes beyond identifying with a different gender, as it substantially limits a person’s major life activities, such as social and occupational functioning. For this reason, the court held that:

Based on these two holdings, the court concluded that transgender people who have been diagnosed with gender dysphoria are not excluded from pursuing protection under the ADA. The court further explained that finding otherwise would have required it to address a constitutional question about whether there is any justification for excluding transgender people from protection under federal civil rights law. As a result, the plaintiff’s claim survived the employer’s motion to dismiss and was allowed to proceed.

Although the court’s opinion is not binding on all other courts, it will undoubtedly influence other federal and state judges who are tasked with interpreting the ADA’s provisions that are focused on protecting employees from discrimination at work. If you have questions about how the new holding could affect you, or if you just want to learn more about your own rights under the ADA, please contact Saady & Saxe, P.A. Attorneys at Law at 813-909-8855 to schedule a consultation with a skilled and compassionate disability discrimination lawyer today.