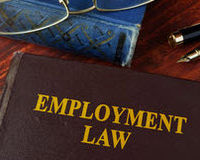 The False Claims Act allows private individuals to file lawsuits against other people or entities who have directly or indirectly defrauded the federal government. Those who alert the government of violations that constitute fraud are often referred to as “whistleblowers” and are granted certain protections from retaliation.

A person, entity, or business can be found guilty of violating the False Claims Act if it:

Those who are found to have violated the False Claims Act are liable for between $5,000 and $10,000 for each false claim plus three times the amount of damages sustained by the government as a result of the defendant’s actions. Violators may also be banned from future contracts with the government and may be required to pay the plaintiff’s legal fees.

In these cases, courts have discretion to award no less than two times the amount of damages that the government suffered as a result of the defendant’s actions.

As a reward for reporting fraudulent activity, whistleblowers can be awarded between 15 percent and 25 percent of the government’s recovery.  In addition, whistleblowers are entitled to reasonable attorney’s fees and costs.

If you live in Tampa and believe that your employer has violated the False Claims Act or if you have been falsely accused of violating this law, please call Saady & Saxe, P.A. Attorneys At Law at 813-909-8855 to speak with an experienced employment law attorney today.