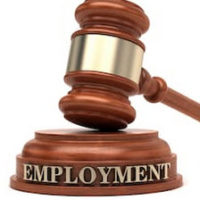 Earlier this month, a nurse filed a claim in federal court against her former employer after she was fired for reporting concerns that a supervisor was committing fraud. Although there are laws in place that prohibit these types of retaliatory actions, employees who report employer misconduct are still regularly fired or demoted as a result of their actions. For help filing your own claim against an employer, or defending yourself against unfair claims of retaliation and discrimination, please contact one of our dedicated employment law attorneys today.

Nearly two years after being fired for reporting government corruption to officials in the Division of Disability Services, former nurse Sandra Surujballi has filed a claim against those responsible. According to the complaint, Surujballi, who was responsible for reviewing taxpayer funded home healthcare services, noticed that a supervisor had altered claims for home healthcare services, which resulted in a boost in revenue for certain agencies. Believing that the supervisor altered these claims in exchange for kickbacks, Surujballi voiced her concerns to upper management. Despite these concerns, no actions were taken against the supervisor, although Surujballi was later fired.

Being fired in retaliation for whistleblowing is strictly prohibited under both state and federal law. In fact, New Jersey law specifically protects whistleblowers under the Conscientious Employees Protection Act (CEPA), which is one of the most far reaching laws of its kind in the country. This statute makes it unlawful for employers to retaliate against employees for:

However, before a wronged employee can seek damages for wrongful termination under this law, he or she must first file a written complaint with a supervisor and then give the employer a reasonable opportunity to correct the problem. The only exceptions to this rule apply when an employee reasonably believes that one or more supervisors already know about the violation, or when an employee fears physical harm if he or she discloses the activity. Successful plaintiffs could be eligible to collect damages compensating them for lost wages, lost benefits, court costs, attorney’s fees, and liquidated damages.

If you were terminated, demoted, or otherwise discriminated against for blowing the whistle on your employer’s unlawful conduct, please call Saady & Saxe, P.A. Attorneys at Law in Tampa at 813-909-8855 today to discuss your case with an experienced employment law attorney who can help explain your legal options and ensure that your rights are protected. You can also reach a member of our legal team via online message.