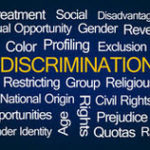 Earlier this year, the U.S. Department of Housing and Urban Development (HUD) reached an agreement with a Florida insurance company that had been accused of violating the Fair Housing Act. According to the complaint, the company had routinely denied insurance coverage to properties that offered subsidized, or low-income housing. Rather than disputing the issue… Read More »