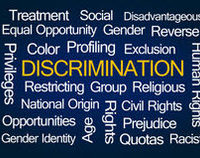 In 2016, the Obama administration directed public schools to begin allowing students to use the bathrooms that aligned most closely with their gender identity, even if that identity conflicted with the gender listed on their birth certificates. In its announcement, the administration concluded that prohibiting transgender students from using public school restrooms qualifies as a form of sex discrimination, which is prohibited under federal law. However, in 2017, when President Trump took office, the Education Secretary and Attorney General rescinded the ruling, despite backlash from civil rights groups who feared that the change would endanger the welfare of students who identified as transgender.

According to the new guidance offered by the administration, states and individual school districts have the responsibility to figure out how transgender students should be accommodated and that federal law doesn’t actually require schools to allow transgender minors to use the restrooms of their choice. The Department of Education followed up this ruling in February by confirming that it would no longer be investigating civil rights complaints from transgender students arguing that they should be permitted to use the restroom that matches their gender identity. The administration’s new stance on bathroom use by transgender students will have important implications on the transgender community at large, so if you have questions about what the new guidance means for your or a loved one, please contact one of our sex discrimination attorneys today.

The Consequences of the Recent Ruling

Meanwhile, advocates continued to maintain that Title IX, a law that bars sex discrimination in schools also requires schools to allow transgender students to use the facilities in which they are most comfortable. Although many federal appeals courts have continued to back up this view, the Education Department recently confirmed that it will no longer be investigating civil rights complaints regarding bathroom access by transgender students. The spokeswoman for the department clarified the recent stance by stating that federal law only prohibits discrimination on the basis of sex and not on gender identity. While she admitted that a student being harassed for failing to conform to sex-based stereotypes would qualify as sex discrimination, she also argued that separating facilities on the basis of sex and only allowing those of certain genders to use them does not.

If you have questions about how the new ruling could affect you or a loved one, please call Saady & Saxe, P.A. Attorneys At Law in Tampa at 813-909-8855 to speak with one of our dedicated and compassionate sex discrimination attorneys about your concerns.